Malayalam is the native language of Kerala. To the untrained ear, it would sound like a musical in gibberish. I have also heard that it is a tough language to learn. But since I was born and brought up in Kerala, speaking in Malayalam has never been a problem for me.

Now, there are many reasons why I am writing this article. Kerala is a land of high literacy and most people can understand and speak in English and Hindi. However, Malayalis are very fond of their language and because of this reason any outsider is instantly more loved the minute they speak in the native language. Also, if you are planning a Kerala Trip and wanna do some road side shopping, it is best to know a few Malayalam words which will instantly make the shopkeeper warm up to you and maybe give you some discounts.

Now, learning the whole language might be a little difficult at short notice and hence I have decided to help here with a few important and useful words in Malayalam which will make your trip to Kerala more enjoyable.

A “chetta” or “chichi” can go a long way if you are in Kerala. These words are the equivalent of “brother” and “sister” in Malayalam and are generally used to show respect. Enter a shop and call the shopkeeper “chetta” and you will be accepted with a smile. Get into an autorikshaw and call the driver this and he or she will be cheerful to you and may even try to small talk. Try getting the pronunciation right, though. Because “chetta”, when pronounced wrong can sound like a profanity also. But that’s okay. If you are a tourist, they will correct you. So no harm in trying!

Names of most food items in Kerala are very Malayalam-ish. As in, they are not words you would have heard before. So, sometimes it gets difficult for an outsider to understand what a menu says. And even if you know exactly what you want, you might find yourself explaining how your food looks because you forgot what it is called. I once had a friend over who called “Idiyappam/Noolappam” (a food item in Kerala) as the “noodle thingy”. You don’t want to end up like that! 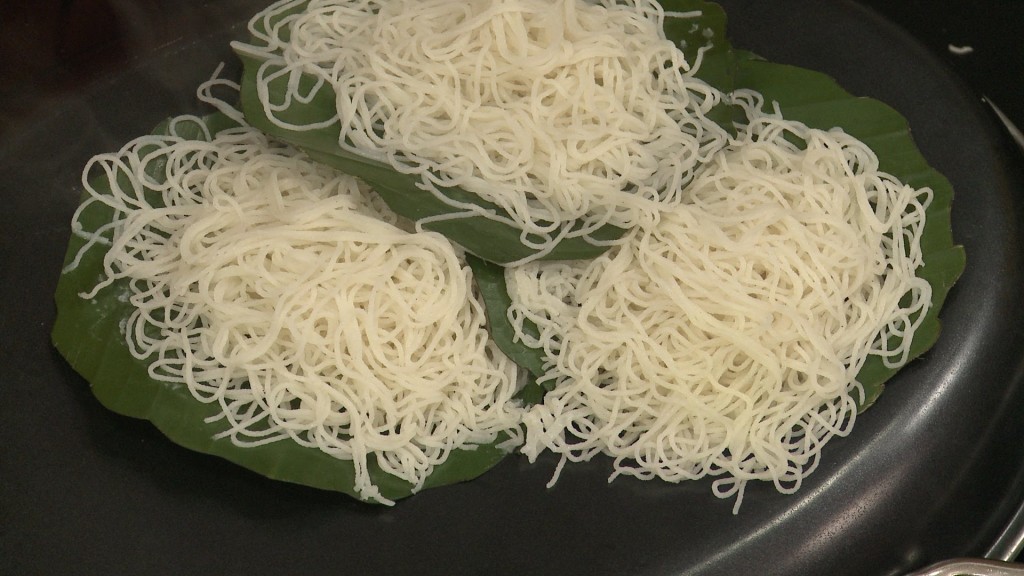 So learn the names of the food you want to try in the local language. Write them down if you have to. But try learning them. It will help for sure during Kerala Trip

Now, this is not entirely important for a trip to Kerala. People here understand the numbers in English and Hindi, so there is no need for you to learn the numbers in Malayalam. But, the numbers are really easy to learn and you don’t lose anything by adding some new words into your vocabulary. Use them and surprise the person you are talking to. So Google those numbers in preparation for your trip!

Venda is the word for “I don’t want it”, venam is “I wan’t it” and mathi is “enough”. These words are really easy to remember and you can use them at various situations. The pronunciation is quite straight forward too. So no worries there, either.

You might hear the word a lot during your time in Kerala but no, chumma does not mean kiss in Malayalam. The word means “just like that” and you can hear it a lot if you pay attention to people speaking in Malayalam. Even you can use it. Imagine this scenario where a shopkeeper is saying an exorbitant price for something. Go like “Chetta, chumma pattikathe” (pattikkathe meaning to not cheat). Maybe this is a little tougher than I imagined it to be.

Okay, for now just learn that chumma does not mean to kiss and if some random stranger tells it to you, you need not panic.

This has not got anything to do with speaking in Malayalam but is just about the right pronunciation. The names of most places in Kerala are usually tough to remember and pronounce. This could be because they have a strong Malayalam base. Many place names were shortened to more English-friendly terms by the British and they are followed even today. For example: Kozhikode – Calicut, Alappuzha – Alleppy, Thiruvananthapuram – Trivandrum etc. The original names are a little tough to pronounce. However, the localites would appreciate it a lot more if you try to say the real name of the places even if there are mistakes in the way you say them.

Find the right pronunciation online and see if you can match that. And if you can remember it later. It will be a lot of fun trying to get the name right. Learn that names of the districts at least. Chances are, you’ll mess it up. But that’s completely cool. Full marks for the effort! So when are your going on Kerala Holiday